The UAE’s President, Sheikh Mohammed bin Zayed Al Nahyan, had a private lunch with French President Emmanuel Macron at the Eysee Palace. During their meeting, the two Heads of State discussed opportunities for collaborating and expanding their longstanding partnership as well as general developments and approaches to regional and global issues. Furthermore, Sheikh Mohamed wished France continued progress and prosperity on the occasion of its National Day. 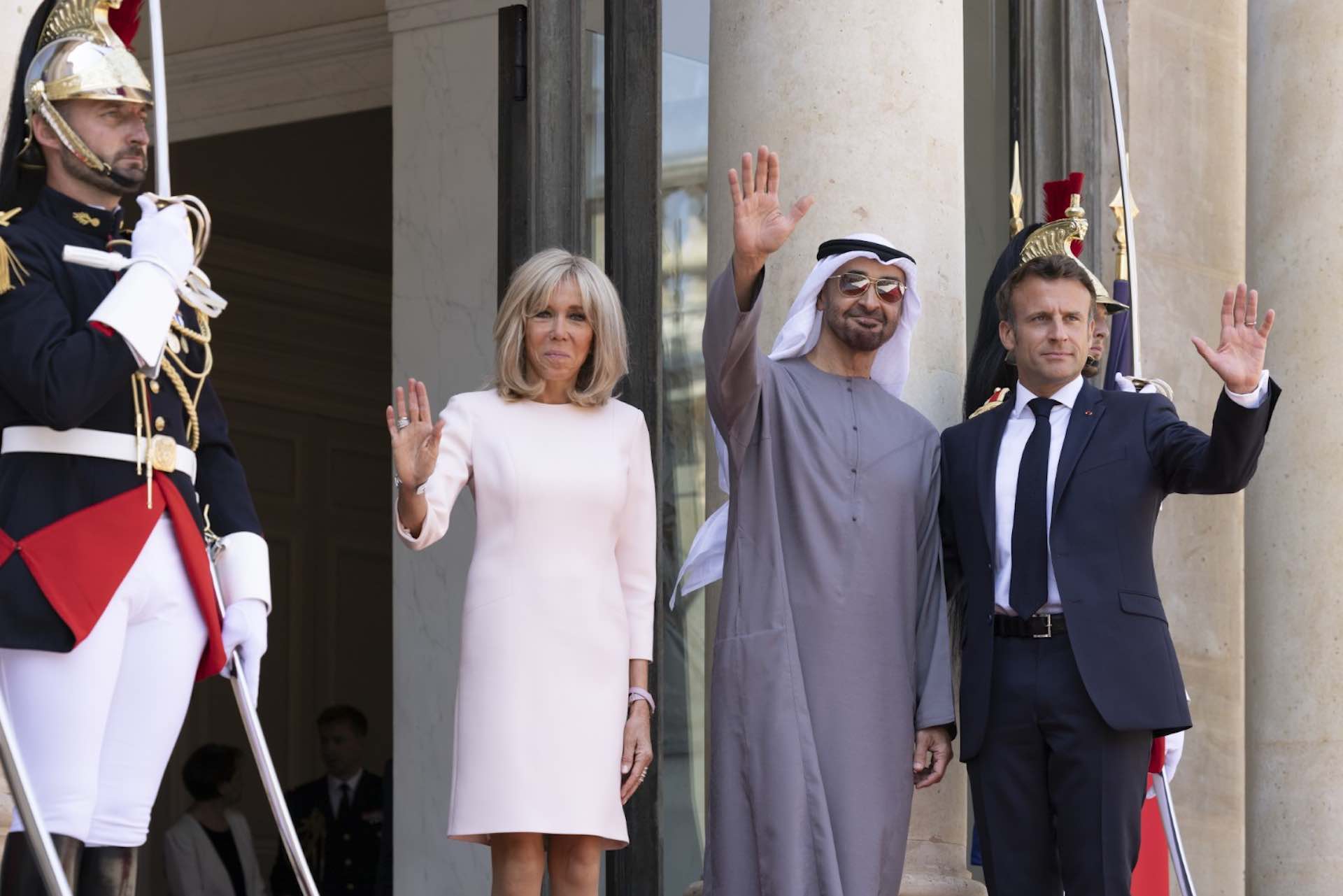 As part of their meeting, Sheikh Mohamed and President Macron discussed new agreements that expand decades of partnership and collaboration between the UAE and France across several areas. These include investment, the economy, cultural exchange, science and innovation, advanced technology, future energy, food security, and climate change. Energy collaboration of all kinds is crucial, according to Sheikh Mohamed, who stressed that the UAE is committed to ensuring all people have access to energy security.

During their discussion of regional and global instability, the leaders committed to de-escalation, peaceful co-existence, and relationship building as methods for resolving these challenges. In addition to discussing France’s significant role in the Middle East, Sheikh Mohamed expressed his desire to continue to work together with France to promote peace, stability, and security in the region. As the UAE and France both share a common interest in tackling climate change, he emphasized the opportunity to take action at COP28. This will take place in the UAE in 2023.

In recognition of the role Sheikh Mohamed bin Zayed played in strengthening friendship and cooperation relations between the UAE and France at various levels, President Macron awarded him the Grand Cross of the Legion of Honour, the highest French national order. Sheikh Mohamed awarded President Macron the Order of Zayed. This is the highest civilian honor in the UAE given to presidents and kings who have contributed greatly to the relations between the two countries. A state dinner was held at the Palace of Versailles’ Grand Trianon in the evening for Sheikh Mohamed.